The Cynthia Rowley fashion week show had a a bit of drama when a photographer jumped on the runway before the show to try to get a picture of Lindsay Lohan, who was sitting in the front row. The Lindsay Lohan Fashion Week appearance reportedly also caused quite a stir, something that I don’t quite understand. Celebrities are common at fashion week, and Lohan’s presence should not have been a huge shock. In any event, the photographer ended up with a confiscated camera and revoked credentials, and the room and Lindsay Lohan all reportedly applauded. And, by the way, it is possible to get photos without being improper. Here is Lindsay sitting in the front row at the Cythia Rowely show. I’m quite sure that this photographer did not jump on the catwalk to take the picture. 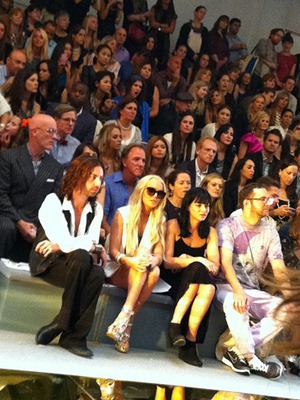 Also of interest in regard to Cynthia Rowley is the line of Band-Aids (yes Band Aids) that was pre-released as part of Fashion’s Night Out. I think designer Band-Aids are just plain silly, but I admit that I am also intrigued. I have been known to wear Hello Kitty Band-Aids, so why not step up to covering my ouchies with Cynthia Rowley? It certainly could be a step toward reforming my tacky ways. 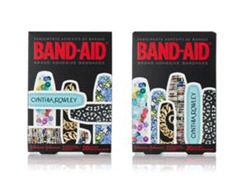 As for the clothes at the Cynthia Rowley show, I would love to show them, but I don’t have access to any licensed images at the moment, so you get celebrity gossip and Band-Aids instead!  I’ll have real fashion photos when I get some.