You are here: Home / Makeup / Eyeshadow / Maybelline The Nudes Swatches and Review 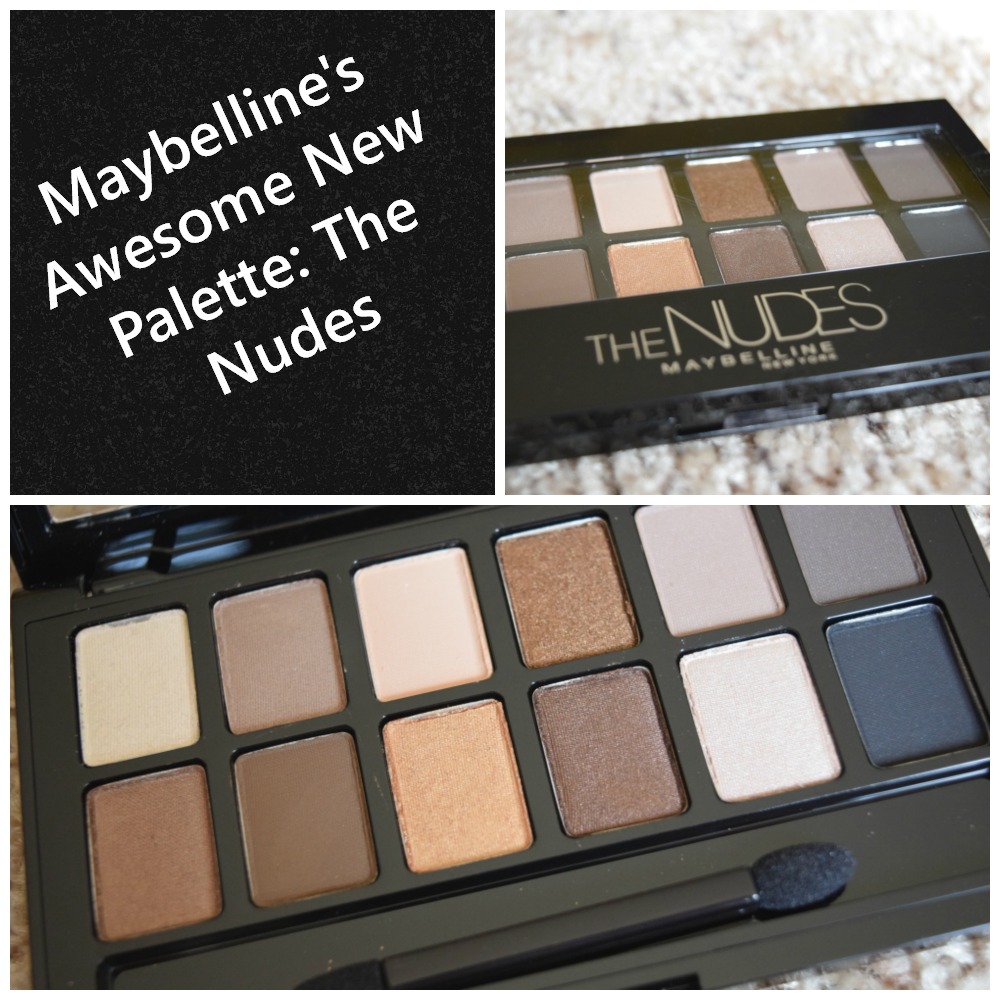 There was as rumor awhile back that Maybelline was going to release some eyeshadow palettes, Maybelline The Nudes, The Brights, and the Smokes. Well, one of those has indeed popped up in a few stores, specifically in Harmon Discount stores and Bed Bath and Beyond stores with a Harmon section. I got the last one available at my local store and found it in a special prepack display case, so I don’t think there are a ton of these out there yet. (Update: On 6/21/14 I saw a display case with one left in it at my local CVS store) 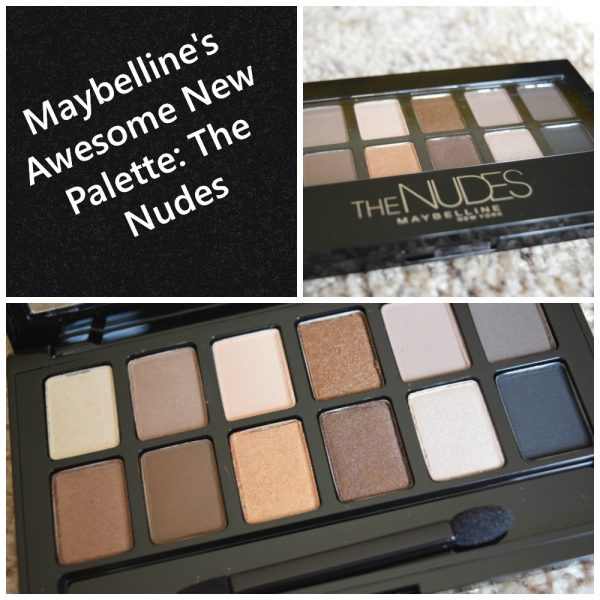 The Maybelline Nudes palette is quite impressive. With 12 shades for at just around $10, the value can’t be beat. The quality is surprisingly good as well. With the exception of  2 shades, pigment is really good, and even the two “duds” are not really all that bad. The colors are beautiful and there is a perfect mix of mattes and shimmers, lights and darks, and browns and grays. For those who have been lamenting the cost of some of the other neutral palettes out there, I suggest keeping an eye out for this one to hit the shelves. 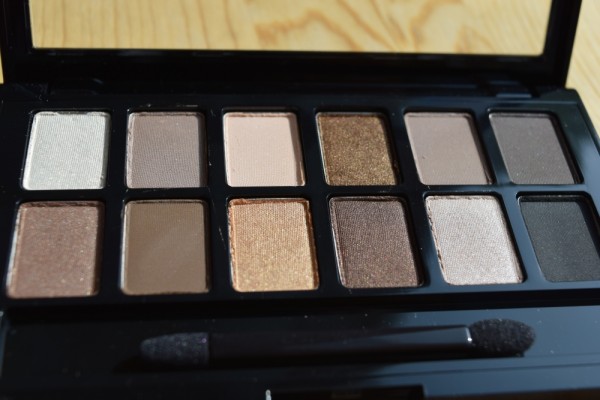 Here are swatches of the Maybelline The Nudes palette. The light pink shade, third in the top row was such a perfect match for my arm that it is hard to see. I thought it actually was fine in terms of pigment though. 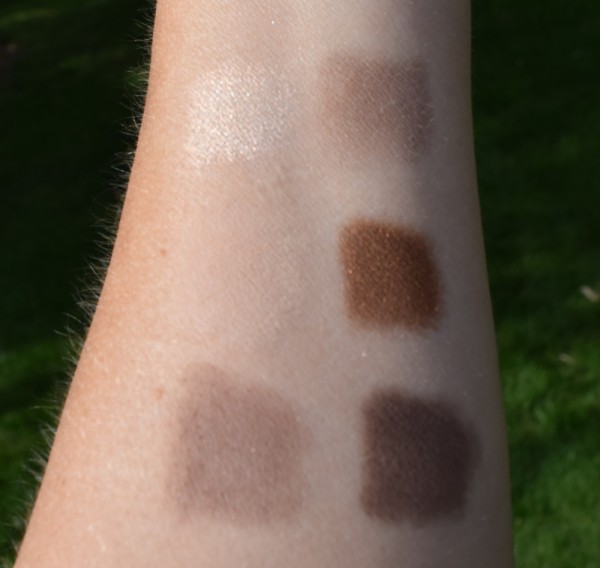 The bottom row of had the two lesser pigmented items. Those being the last two in the row. The light shimmery champagne pink lacked pigment overall and the dark gray/black also was a bit low on pigment for my tastes. It looks OK in the photo, but I think it could have been better. But most people do not lack for a palette with a black shadow or a good black liner, so this isn’t really a big deal. It also isn’t terrible, it just was lacking in comparison to the other shades in my opinion. 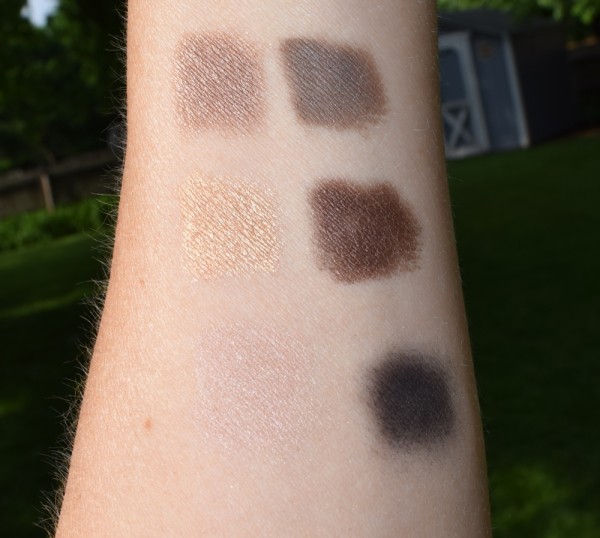 Maybelline The Nudes set has a couple of  beautiful taupe type shades and a couple of gorgeous browns. I could easily wear any shade in here and get either a day look or and evening smoky eye look. It is very versatile. Here is a look. BTW, I’m also wearing a couple of Maybelline Master Glaze items, which I picked up at the same time that I got The Nude palette. I love them! 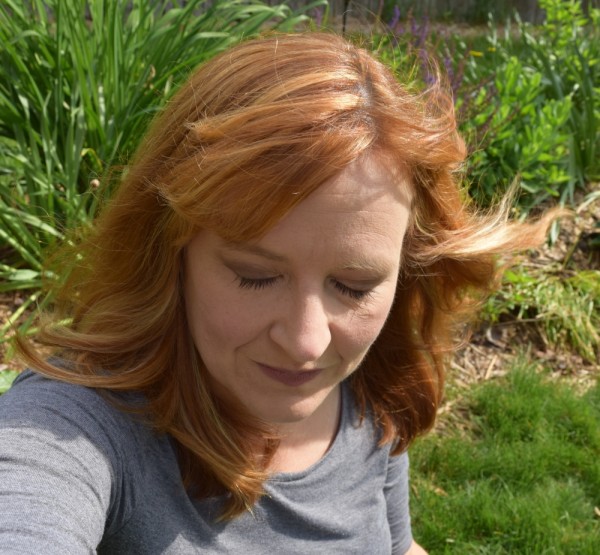 Women of color, check out my blogger friend Melody’s blog for swatches! Plus I have her to thank for turning me onto this palette and sending me running to Bed Bath and Beyond!

Below are additional photos of the Maybelline The Nudes Palette. Click each to see a full size version.