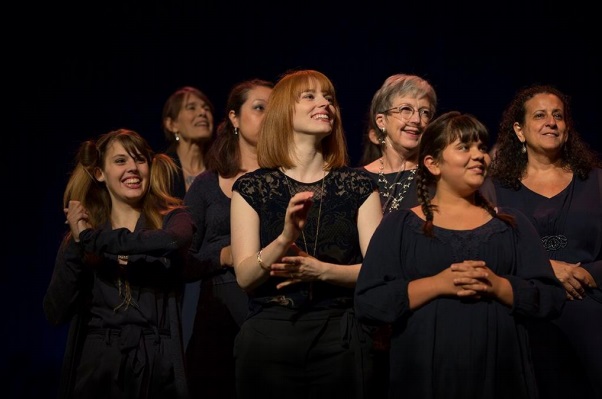 This post has been sponsored by Philips but all thoughts are our own.

The video below comes out of a really neat and inspiring project. The health-technology company Philips, brought together 18 people with respiratory conditions and taught them to sing. Through the journey, which was captured on film, each participant conquered their fears and defied expectations. Celebrity choirmaster, Gareth Malone, led the group. Gareth is renowned for turning unlikely people into singers, and following five days of intensive training with him the Breathless Choir was a reality. He did an amazing job. As you will see in the video, the participants began with a sense of amusement or uncertainty about the project and ended up providing a beautiful and inspirational performance at the Apollo Theater in Harlem, New York. Their performance of ‘Every Breath You Take’ was emotional and can be seen in the video.

The primary goal of this initiative was to mark World COPD (Chronic Obstructive Pulmonary Disease) day, which takes place every year on November 18. Respiratory conditions are on the rise worldwide and at a staggering cost. Lung diseases now account for 7 percent of deaths worldwide (please add source!). According to the World Economic Forum, the global cost of COPD will rise from $2.1 trillion in 2010 to $4.8 trillion by 2030, at which point it will become the third leading cause of death worldwide. By launching on World COPD day, the campaign’s video aims to help support the Global Initiative for Chronic Obstructive Lung Disease (GOLD) to improve awareness and care of COPD around the world.

Philips has the SimplyGo Mini, a portable oxygen concentrator (POC), which empowers patients with respiratory conditions to continue living full and, active lives.

Breathless Choir
by Carleenp
17 Comments
previous article: Winter Beauty Essentials Part 3 and Giveaway
next article: Give the Gift of Flash&Go and Enter to Win a Trip to Aruba