In Part II of my DHC skin care reviews, I promised a look at DHC Velvet Skin Coat. I do so here in comparison to a similar product. Smashbox Photo Finish foundation primer is one of those products that has cult status. The magazines rave about it and so do plenty of others. I was always happy with it too, but now that I have tried DHC Velvet Skin Coat

, I have a new foundation primer, mainly because I think it fills lines a bit better. But Photofinish seems to make my makeup last better, so maybe it is a wash!  Either way, these two are a couple of the best makeup primer items out there. 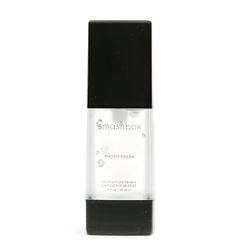 Smashbox Photo Finish is a  nice foundation primer. A small amount patted onto the skin feels nice and provides a nice surface for makeup. I don’t feel that it fills in lines and pores to the extent that it advertises, although it does work nicely under the eyes as a base for concealer. Mostly I love Smashbox Photofinish because it really keeps my makeup wearing well–better than most foundation primers that I have tried. For those who try Smashbox Photo Finish, proper use is important. A little goes a long way, and it will be come a sticky mess if you try to pack it on. Trust me, I have used too much before and it was not pretty! So, use just a tiny amount, and spread it evenly. 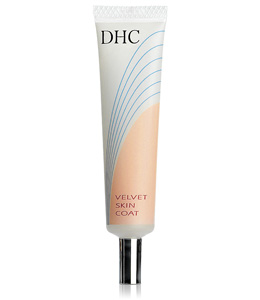 I like DHC Velvet Skin Coat much more. In fact I like it so much that I plan to start using it instead of Photo Finish. Like Smashbox Photo Finish, DHC Velvet Skin Coat feels quite nice on the skin, but it is also more forgiving. It does not turn sticky or messy if a bit more is used. Second, I felt that Velvet Skin Coat did actually work at filling in some deeper  lines and pores. It is a bit thicker in consistency than Smashbox Photo Finish, which I think makes it both fill in better and easier to handle. My makeup went on nicely after use. I also had no problems using it over moisturizer and sunscreen. DHC advertises that it absorbs oil, which can be a bonus for those with oily skin. The only downside for me is that Velvet Skin Coat does not contain sunscreen. Smashbox does have a sunscreen version of Photo Finish (Smashbox Photofinish SPF 15). That is not a deal breaker for me since I religiously wear a separate high SPF sunscreen, but I like to get extra wherever I can.