The Urban Decay Theodora palette is based on the upcoming Disney Movie The Great and Powerful OZ, which is prequel to the Wizard of Oz movie. Mila Kunis plays Theodora. I ordered both the Theodora and Glinda Palettes and have a review, photos, and swatches of both. You can see the other one here:  Urban Decay Glinda Swatches.

I love both of the palettes. The Theodora set comes with a black 24/7 eyeliner and a super saturated high gloss lip color. Photos and swatches are below. Here is the back of the box. 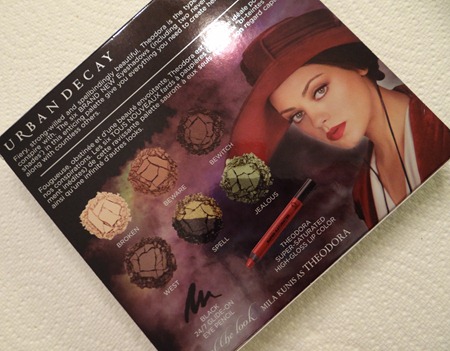 The case has the movie logo on the front. It is designed to allow you to switch out eye shadow shades, so you can mix and match as you like. 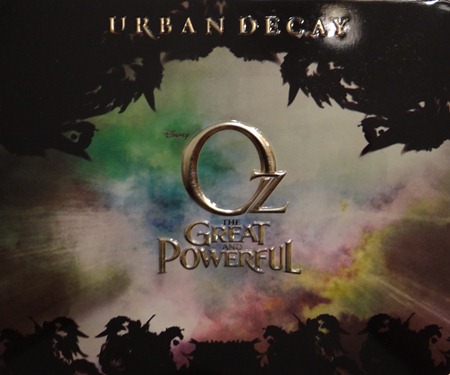 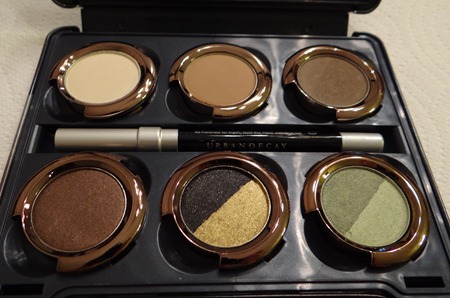 Here is another look at the case, with the lip color included. 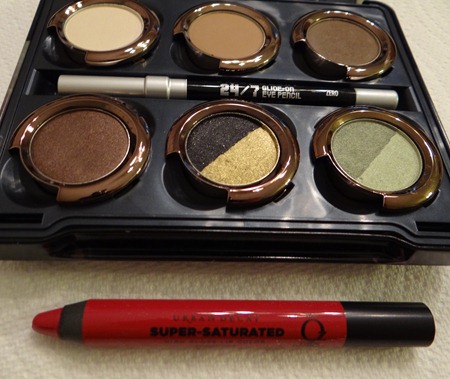 The shadows in the Urban Decay Theodora set are as follows: 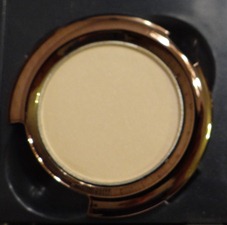 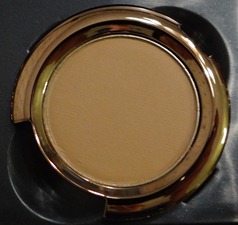 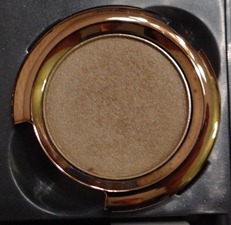 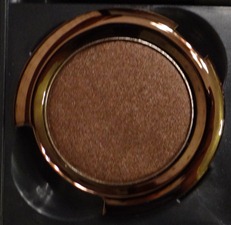 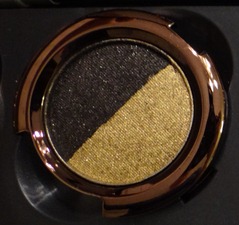 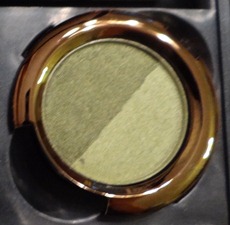 Here are the Urban Decay Theodora swatches taken under a daylight bulb. 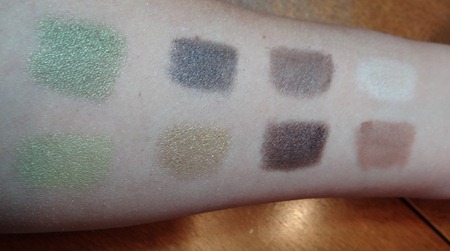 The below swatches are taken in standard indoor light. 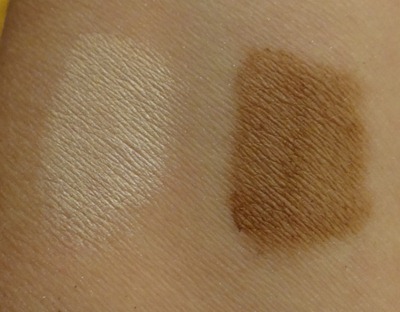 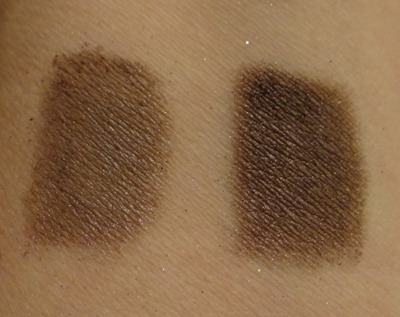 Swatches of each side of Spell. 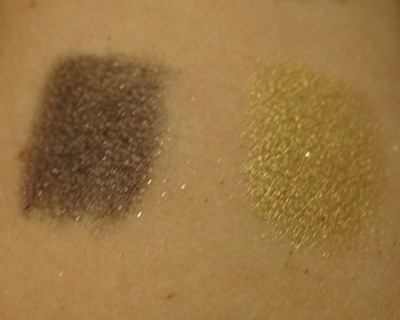 Each side of Jealous. 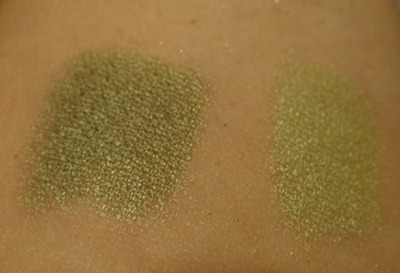 The lip color is a bright red and it is indeed super saturated. 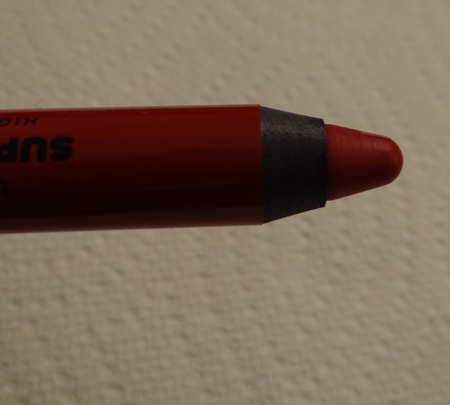 Here is a swatch of the Urban Decay Theodora lip color. 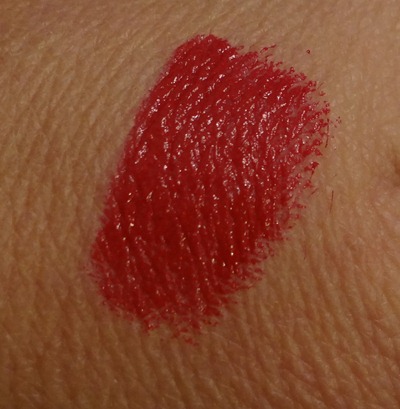 The included eyeliner is black. I did not swatch it since it is a standard shade. You can find the Glinda and Theodora limited edition sets online at Urban Decay, Sephora, and Ulta, plus they are in the Sephora and Ulta stores.

Buy the Theodora Palette at Sephora