Fevour Cosmetics offers a number of mineral makeup products and I gave a couple of their shadows a try.

Below are swatches of the shades Blue Suede and Plum Crush. 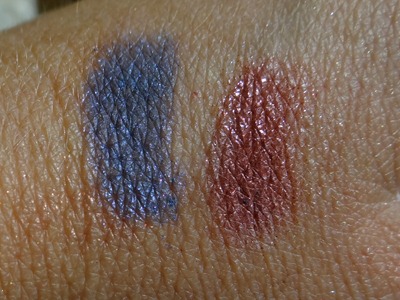 These mineral shadow were pretty well. Pigment density is fine and there is a nice selection of shades. At $15/pot though prices are on the high side as compared to other small mineral companies and, unlike other companies, sample size purchases do not appear to be available.

I also tried the company’s eye primer. It is a pot primer that worked rather well. If you like your primer in a pot as opposed to a tube, it is worth taking a look at, although it too was a bit pricey, running $16 for a small pot.

The items are cruelty free. Find them at Fevour Cosmetics.